I got up early to see if I could see any of the Perseid meteor showers from the deck. The moon was full last night, and the mercury vapor security light over on Dividing Ridge sure didn’t help things any, and I didn’t have any luck. It was, however, a beautiful morning and the porch temperature was 62!

As an aside, I don’t know why the EMC refuses to install a shade when they install a security light. It’s a win-win situation. More light on the ground for the homeowner, less light pollution, and no loss of revenue for the EMC. And the cost is minimal. But I’ve talked to them, and they won’t. It’s a shame, as we used to be one of the darkest areas in the Southeast. It’s is probably not to late to recover most of that, if the county would just act. All it takes is shades on security lights and commercial lights, along with relocating lights on billboards to point down, not up. Polk County promotes their dark skies relentlessly, but our Chamber of Commerce doesn’t see it as something worth working toward. Again, I’ve talked to them, and they just don’t.

Stan Helton sent a drone shot of the new fire station, which includes an invitation to an open house on August 30. If you haven’t noticed, the downtown fire station has been relocated to the hill just north of 515, kind of across from Windy Ridge Conoco.

I’m still having trouble with the WordPress photo function, but if you right click and open in a new tab, you’ll be able to see it much better. Stan mentioned that the cost was $4.1 million, and that it was all paid for with no bond or borrowing debt. 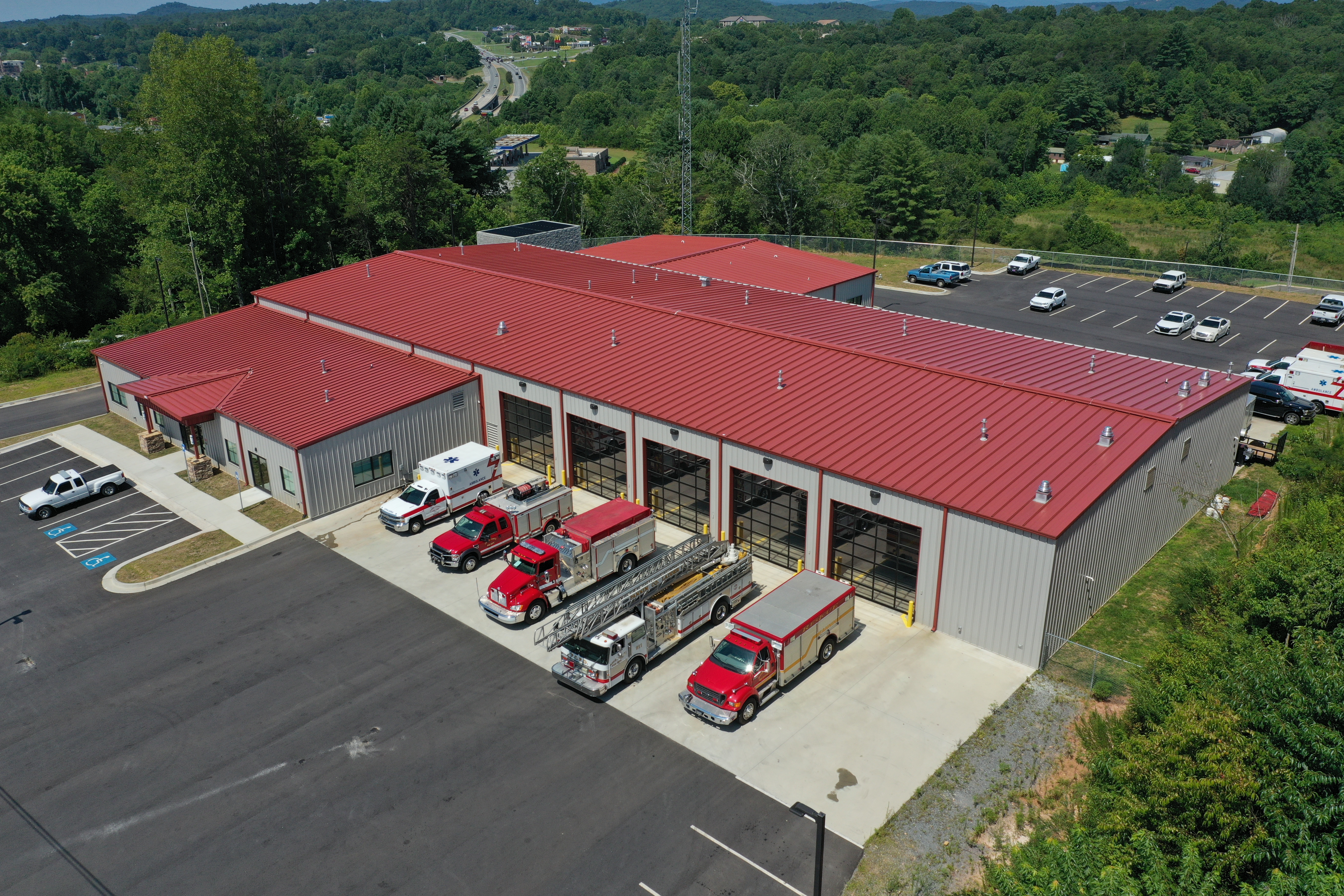 Stan also sent a number of other shots from the drone. If anyone would like to see those, just shoot me an email.

This entry was posted in Clyde's Weekly Column, News, Things to do. Bookmark the permalink.