Here’s something I’ve never seen before, a Luna Moth emerging from its cocoon. I was sitting on the porch and saw this weird bug crawling around the yard. Apparently the cocoon is down in the leaves underneath the host tree, which was probably a hickory in this case. The whole process started about 1:30 PM and took a little over an hour. It was amazing to watch. For instance, the “tails” were quite small at first, then they began to tremble in such a way that I wasn’t sure if it was the wind or the moth. Then … they just got bigger. Not like something unfolding, as if the extra material was already there. It just … grew. I’d love to know what the great Indiana outdoor writer/naturalist/hunter/ fisherman Bill Scifres would have written, but I won’t try to imitate his style. That’s an eight inch square timber its on, for scale. Even though the image is sideways, I’m going to post it anyway – the new WordPress image editor is giving me fits – because it’s so unusual, at least to me. (If you right click and open the image in a new tab, it should come larger and upright.)If anybody is interested, email me from the link on the home page, and I’ll send the originals. They’re just phone shots, but they turned out pretty good, as there was quite a bit of sun despite some cloud and tree shade.

We also saw a beautiful, recently emerged Imperial Moth recently, but weren’t able to get a photo. The yellow was much brighter than in any moth guide on my shelf. 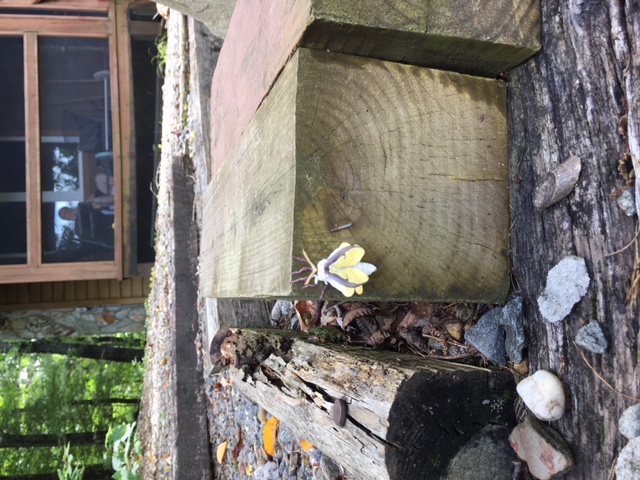 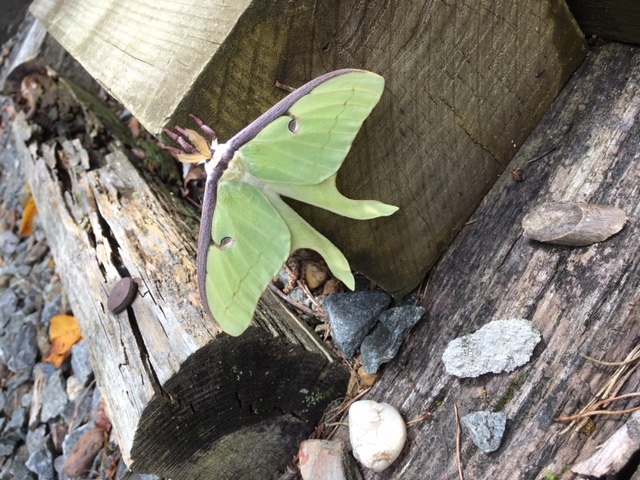 This entry was posted in Clyde's Columns. Bookmark the permalink.